Government House is the official residence of St. Lucia's Governor-General.  The impressive building is located on a mountaintop overlooking the capital city of Castries.

The current structure was completed in 1895.  Earlier buildings at this location were destroyed either by fire or storms. 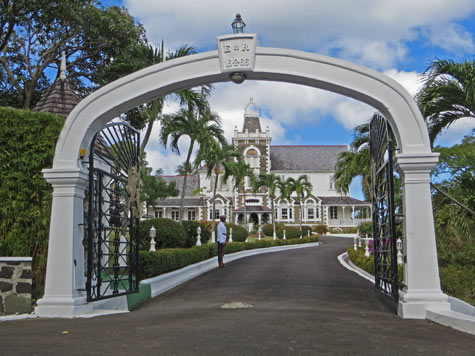 The Governor-General in a Commonwealth country is the representative of the monarch.  The current monarch is Queen Elizabeth II.

Although St. Lucia was once a British Colony, it became an independent state in 1979.  The current prime minister is Kenny Anthony.

Visitors to Government House can enjoy a spectacular view of Castries and the north island from the nearby lookout.